CubeSats are important mini satellites that have huge roles in both the scientific and commercial sectors.

CubeSats were pioneered by California Polytechnic State University in 1999 and quickly became popular tools for students seeking to learn all aspects of spacecraft design and development.

Today, CubeSats are opening up space research to public and private entities like never before.

Are CubeSats transforming the future of space discovery and education?

Many experts in the space technology sector believe so. Scientists, like those from NASA, are increasingly using CubeSats to look out at space — searching for water ice on the dark side of the moon, hunting for extrasolar planets that might be habitable, and exploring deep space. And they’re also looking back at Earth — and assisting farmers in preventing crop damage and increasing yield.

The burgeoning CubeSat community can take advantage of a variety of payloads and mission applications that CubeSats can support at economically attractive costs.

In fact, launching a conventional satellite into space can cost anywhere between $10 million and $400 million, depending on the vehicle used. A CubeSat launch is around $40,000.

CubeSats also require shorter development times. This is key because analysts insist the new Space Age is about the ability to start projects quickly, without waiting too long.

A conventional satellite requires very long development times, between five and 15 years. On the other hand, the first CubeSat of a constellation can be in space within eight months, and if we are talking about replicas, this wait is reduced to only two months.

CubeSats also tend to incorporate more modern, up-to-date technology. It’s no secret that technological advances are moving at a dizzying speed. It is not difficult to find functioning satellites that use technology from more than 25 years ago.

Introductions to CubeSat Course by Tonex

Introductions to CubeSat is a 2-day covering the basic concepts and processes for
CubeSat analysis, design and developments. Participants will learn about the CubeSats or miniature satellites that have been used exclusively in Low Earth Orbit (LEO), and can be used for exploring and interplanetary missions. In the beginning,    however, they were commonly used in low Earth orbit for applications such as remote sensing or communications.

Nanosatellites are loosely defined as any satellite weighing less than 10 kilograms. The basic design of a CubeSat is a 10-centimeter (4-inch) cube with a mass of less than 1.33 kilograms (2.93 lbs.). CubeSats can also be designed to encompass two, three or six 10-centimeter units for more complicated missions. CubeSats shall also comply with a series of specific criteria that control factors such as their shape, size and weight. 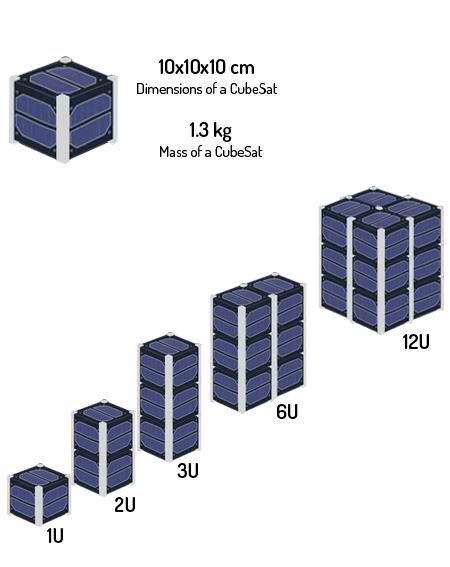 The standard CubeSat unit, a cube-shaped structure measuring 10x10x10 centimetres, has with a mass of somewhere between 1 and 1.33 kg (AKA as 1U). This modular unit is now multiplied and larger nanosatellites such (1.5U, 2U, 3U or 6U).

There are no upcoming events.